Duration of the exhibition: till 25th of March 2017 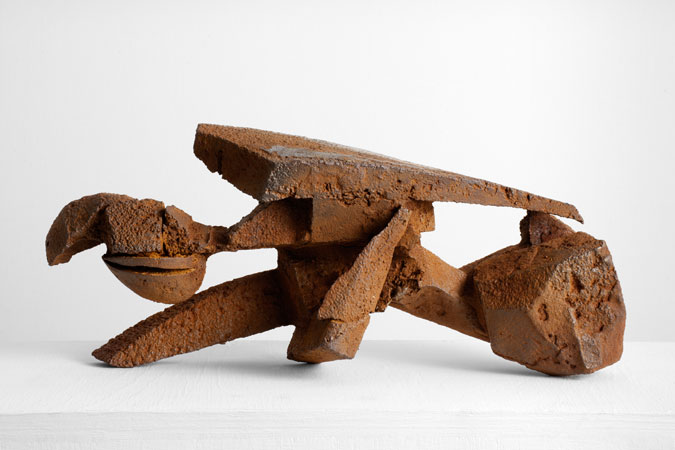 In 2011 we opened our exhibition sequence Rencontre. The idea behind these “encounters“ was to bring together the artistic positions of our program and those of external artists in order to expand the frame of reference. Heiko Herrmann (*1953) a painter and sculptor has long been practising “Rencontre“ as a form of artistic cooperation and inspiration. His “Kunstdingertage“, an annual art event in his home village Pertolzhofen to which he invites a handful of fellow artists from all over Europe, has long become synonymous for productive artistic exchange far from urban cultural centers. Pertolzhofen is also the place to which he invited the young Japanese artist Mariko Saito (*1979), who moved from Tokyo to Paris at the age of 22 in an attempt to escape the confined artistic space and the rigid structures of her home country. While initially she was part of the dynamic cooperation of the studio commune in an occupied house in Rue Rivoli 59, she later worked in her own atelier concentrating on sensual ink drawings which portrayed the tension between her Japanese roots and her unconventional character. Her works are a strong contrast to the iron and bronze sculptures of painter Heiko Hermann, which are also – in their very own and special way – set to explore limits, in this particular case the limits between the expressivity of Herrmann's painting and the stern expression typical of his sculptures.