Duration of exhibition: 11th of September to 6th of November 2015 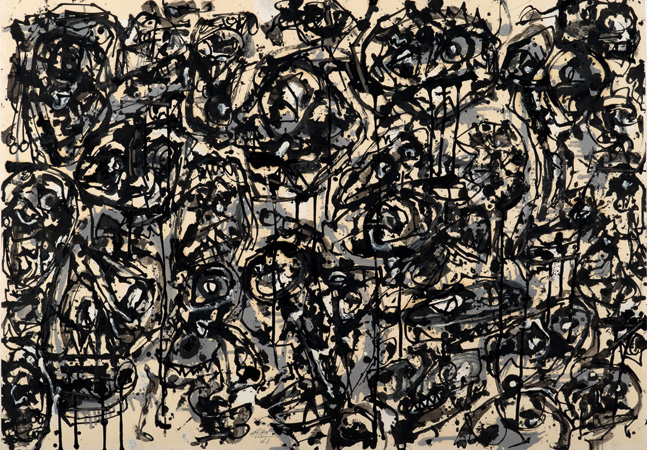 In 1959 painter and journalist Hans Platschek published his book Neue Figurationen. Aus der Werkstatt der heutigen Malerei (New Figurations. From the workshop of contemporary painting) in Munich - he had the finger on the pulse of his time. Back then "abstraction as world language“ dominated not only international shows and exhibitions but also the art market. But the great success of Art Informel soon entailed a “mass production of standardized paintings degenerated into a mere formula“ (Hans Platschek), a phenomenon viewed by many artists with suspicion.
In this context the reintroduction of the figure, advocated by Platschek with reference to vanguards such as Saura, Dubuffet and Jorn, provided entirely new possibilities – also, and especially, for a younger generation of artists like the members of the artist groups SPUR and WIR. These new impulses were similarly adopted by other art movements, such as the new Karlsruhe Figuration, the Nouvelle Figuration in Paris, or by painters like Baselitz and Schönebeck in Berlin. Focusing on the particular situation in Munich, where Galerie van de Loo played a decisive role as a place of exchange around 1960, the artworks on display are now bearing witness of this turning point in post-war art.

The exhibition will be accompanied by a catalogue.